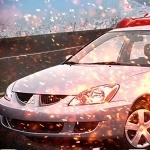 It is a car racing game , but it is not simple as you can see. It is about your death and life, so play very care fully otherwise other players will dropped you down, It is all for fun so enjoy game and leave feedback Death Race Sky Season is a terrific game which you can play for free in in fsiv.com. With Death Race Sky Season game, we supply many cool Fsiv games to play at no cost.

Use Arrow keys And WASD button to Drive, Use Spacebar button to Brake, Use C button to Change view, Use B button to Boost/Nitro, Use Esc button to Pause/Menu,